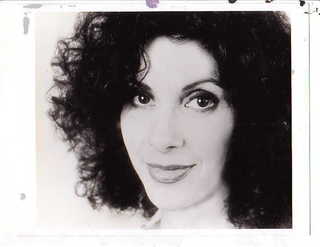 Elena Oumano is the author, co-author, or ghost of twenty-two books. They include several insightful biographies on figures ranging from rock & roll icon Elvis Presley to inspirational speaker and best-selling author Marianne Williamson (who cooperated with the writing of this biography), several books on film and theater, as well as self-help titles that help readers address key issues related to health and well-being by blending psychology and standard medical approaches with holistic solutions. While her own writing is uniquely vivid and clear, Elena is particularly gifted at adapting her style to suit the voice of her co-authors.

Elena is also an internationally recognized music, film, and celebrity journalist, known for her lively, vivid writing on all genres of pop music and movies for The New York Times, The Village Voice, L.A. Times, Spin, The Nation, Amazon.com, Interview magazine, L.A. Weekly, Image Magazine of the San Francisco Examiner-Chronicle, New York Newsday, sonicnet.com, the GRAMMY magazine, Taxi magazine, and many other periodicals and media outlets. From 1994 until 2000, she was Billboard magazine’s Jamaican and Caribbean Music Correspondent. She also served as that magazine’s hip-hop columnist from 1998-1999. Elena has appeared on A&E’s “Biography” program, BET-television and many other television and radio programs in connection with her books and articles. She also lectures around the world on the various subjects covered in her writings, including holistic approaches to health and healing.

Elena is a professor of Communications at the City University of New York and holds a Ph.D. in Language & Communications from New York University. She has pursued additional non-degree studies in counseling, yoga instruction, various holistic health disciplines, and post-Freudian psychoanalysis.
Her books include:

The Physician's Guide To Healing Fibroids (co-authored with Allan Warshowsky, M.D., Pocket Books, August, 2002)
A complementary physician’s approach to preventing and treating a serious medical problem confronted by half of American women today.

Painting From the Source (co-authored with Aviva Gold; HarperCollins, October, 1998)
Explores the connection between “free painting” and shedding negative thought and behavior patterns.

Why Do I Need You to Love Me in Order to Like Myself? (co-authored with Dr. Barry Lubetkin; Long Meadow Press, 1993)
Offers eye-opening insights into self-esteem issues, with a workbook component that includes exercises, checklists, and self-assessment quizzes.

Bailing Out: The Healthy Way to Get Out of a Bad Relationship and Survive (co-authored with Dr. Barry Lubetkin; Prentice-Hall, February, 1991)
Described by Oprah Winfrey on her television talk show as “the best book ever written on this subject.”

Cinema Today: A Conversation with 39 Filmmakers from Around the World (Rutgers University Press, 2010).